With more than 30 years of experience in the design industry, we have developed a unique process that encompasses strategy, brand relevance, research, and asset integration to generate visual pieces that engage, communicate, inform, enlighten, connect, impact, challenge… whatever the goal may be, we strive to create it.

Our team consists of amazing graphic designers, each with their own distinctive style, strength, and knowledge.

When we start working with you, we essentially become a part of your team. Whether we are designing for you, your business or your clients, we evaluate the goals and objectives of each project to create the best possible design solutions.

Eyedea is 100% woman-owned and SWaM certified. 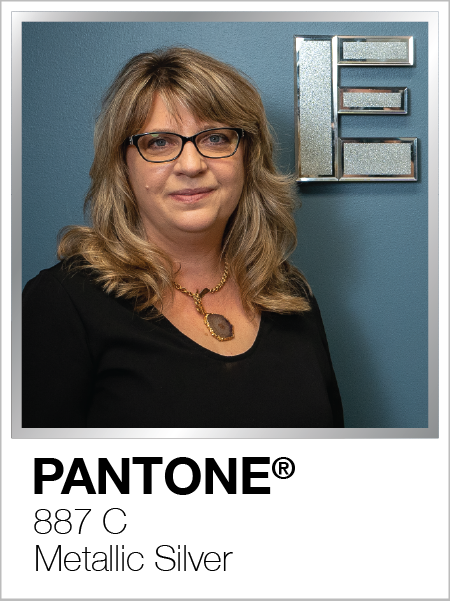 Stacy got her start working in the trenches of the design industry as a production artist at print shops, ad agencies and everything in between. In 1998 she started freelancing and worked with many nonprofit and small business throughout the years. In 2015, she hired her first designer. Today, Stacy acts as creative director and account manager. Working closely with clients and designers, she ensures pixel-perfect results on each-and-every project. To learn more about how she got here check out our founding story below. 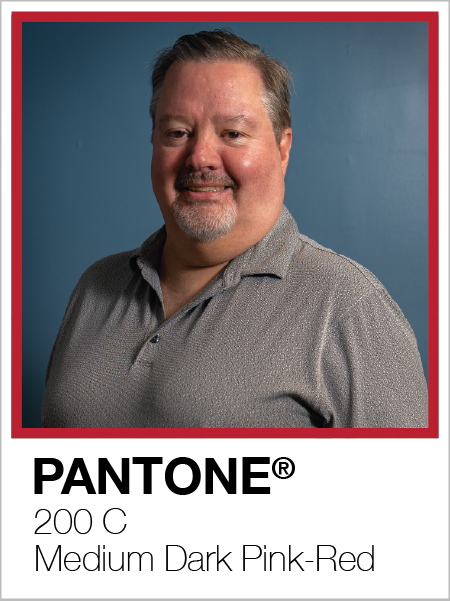 Mike brings his experience of over 30 years in the telecom industry delivering complex technology solutions to customers in the DoD, Intel and US Army to Eyedea. His responsibilities include ensuring all Eyedea’s clients’ needs are met and their experience with Eyedea is a positive and successful one. 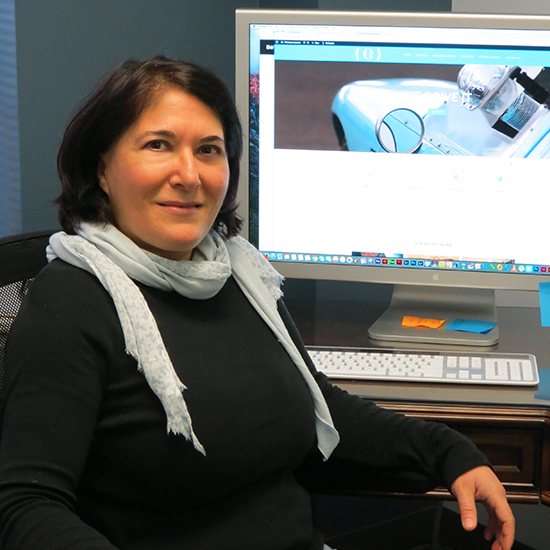 Ellen joined Eyedea in 2015. Over the years, she has helped develop some of Eyedea’s most complex designs. Her conceptual vision allows her to transform detailed information into easy-to-digest infographics. Ellen has a graphic design degree from Full Sail University. To see some of her amazing work click here. 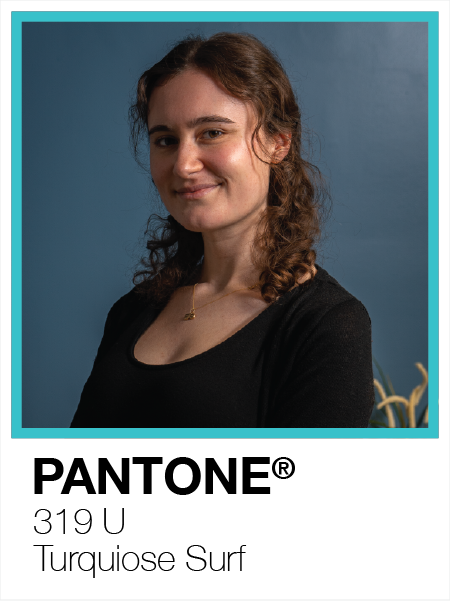 Since day one of Laura’s time at Eyedea she has proven to be an incredible addition to the team. Not only does she have outstanding design skills in both print and web, she also has a great insight for how her designs will function in the world and how people will interact with them. This unique skill allows her to provide a full-circle approach to every project and deliver a final piece that meets objectives. Laura has extensive experience in WordPress, Wix, HigherLogic and other platforms. To see some of Laura’s work check out the ANA CSNA Marketing Center. 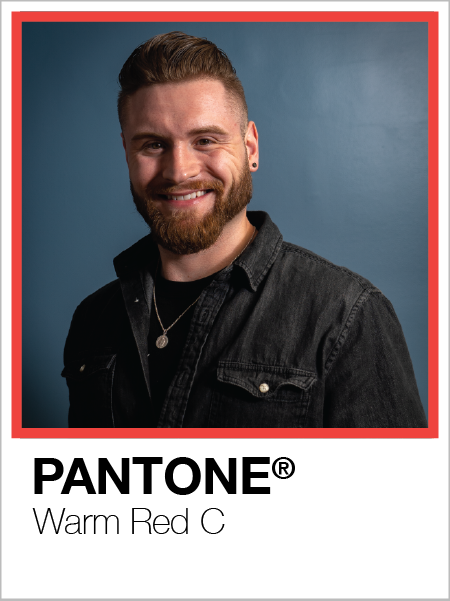 Zach is an interdisciplinary designer who specializes in brand identity, advertising campaigns, and more recently digital illustration and web design. With more than 5 years of experience in the design industry, his creativity and technical abilities have proven to be a driving force behind a multitude of successful projects in his time at Eyedea. In addition to his skills as a designer, he is also a life-long artist, with a passion for painting, illustration, and screen-printing. To see some of Zach’s work check out Bespoke Chocolate. 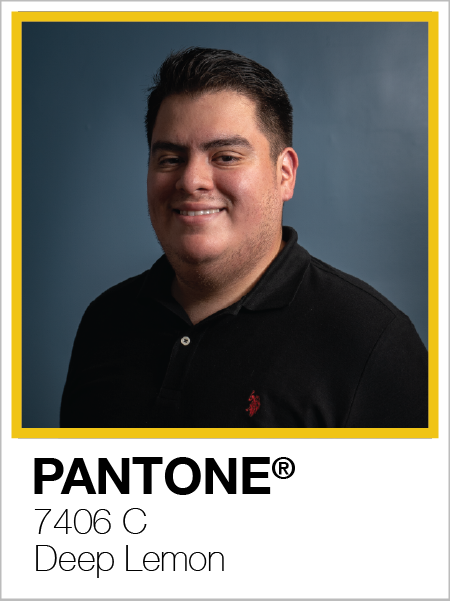 Pablo is the newest graphic designer on the Eyedea team. His background is in print and digital design but he also has exceptional video and photography skills. He has more than 5 years of graphic design experience and continues to bring a valuable mix of design skills to the team. To see some of Pablo’s work check out Eyedea’s YouTube page.

Book of the Year Award

Ok, so, I’m just going to tell it like it is, the way it really happened.

I was 23 years old working at an ad agency, as a production artist. If you’ve ever worked at an ad agency you know that the environment can be less than friendly to lowly production artists. About a year into this position, our art director had a nervous breakdown and they called in a freelancer to take over for a while.  I was fascinated by her. She seemed to know everything there is to know about graphic design.

One day I asked her how she began freelancing. She told me she had been working for a creative temp agency. Which, at the time, I didn’t even know existed.

The next day we were in a meeting with the owner and two account managers reviewing a fresh-off-the-press brochure. As the production artist it was my responsibility to make any changes and to run spell check. It was a nice piece, except to my horror, right there in the first paragraph there was a typo. I did not speak up because they had just printed 50K of these brochures. I would be fired. No way around it.

That Friday I put in my two weeks and called that temp agency. Thankfully, they took me on. Two weeks later I was working for awesome clients like McDonald’s, SciFi Magazine, Capital One, and a few posh legal and political firms in DC.

But in my mind, I had no business working with these amazing clients, because I had a secret – and a lie. I was a high school drop out with no college degree – let alone a degree that would qualify me for these types of positions. However, that’s not exactly what my resume said, and no one ever asked. Keep in mind this was the early 90s so it was harder to check these sorts of things than it is today. But regardless, I got through the job interviews and got hired. I don’t exactly know why. Maybe it was my awesome portfolio! I was a pretty good designer, even back then. Or maybe it was what I did instead of attending high school classes…

So what did I do instead of going to school? Well, while I was supposed to be in 10th grade science class, I was hanging out at a local print shop learning all about the printing process and the production side of design. This provided me with a hands-on learning experience that you simply cannot get from college. I did eventually get a GED and attended a small business college that had a nine-month desktop publishing program. My first job was as a sign designer at FastSigns.

From there I continued my path through the down-and-dirty trenches of the graphic design industry working a litany of production and design support positions, learning with experience, before eventually ending up at the ad agency. While my path to get there wasn’t a “normal” career path, the experience proved to be invaluable in preparing me for the next chapter.

Working for the clients from the temp agency was great but they didn’t always have work. So, I started picking up freelance projects to fill in the gaps. Soon I had enough of my own clients that I could stop working at the temp agency. Believe it or not, that ad agency was one of my first clients. To this day I don’t know if they ever found that typo.

Many years later I found myself in a position where I simply could not keep up with the work. That’s when I started hiring designers to help. Before I knew it, I was running a full-blown design studio. Today Eyedea has over 100 clients and four full-time designers.